Home » business » It’s Most Difficult at the Beginning

It’s Most Difficult at the Beginning

I am back to square one, maybe even square negative five, regarding my fitness level. Similarly, but much less drastically, I’m at a low point in client numbers. Fitness and business have always swung along the same pendulum in my life, likely because they both depend solely on my own motivation and willingness to do the work. At this particular moment in time, I’m working on the basics for good health and for a prosperous business. You know, paying attention to what and how much I eat, making a point of doing some form of exercise everyday, making marketing calls, sending out queries, referring back to my business plan.

Easing myself into things, as I do, I started counting calories two weeks ago, and have kept it up. Now it’s time to add in exercise, and that is tougher. I’m trying to follow a fun, slightly silly workout plan, that uses the language of RPG (roll playing games). It’s called The Hero’s Journey, and it looks pretty simple. Except, on the first day, I am supposed to do 100 reps of four bodyweight exercises. I’m going to try, but don’t have much faith that I’ll be able to do it. The first set of 25 almost killed me.

Similarly, I started sending out marketing emails a week or two ago, but I know that to see real results, I’m going to have to do much more. Like make 10 calls a day, every day, for a month or two, and continue to send out several emails per day. That’s just how it works. For someone like me, who feels weird and awkward on the phone, and who struggles with any kind of social interaction, this stuff is hard. Probably not as hard as getting back in shape, but still not exactly as easy as writing a blog post.

The important thing to remember at times like this is that it’s only hard for a little while. It won’t take long before I’m looking forward to working out, or before the marketing has done what it always does and I only need to send out 2-3 queries each week to stay busy. Everything in life is that way. When I first built my flower garden, it took a lot of work to break up the grass and fluff up the dirt. But the next spring was easier, and every one after has been too. Any BIG THING is that way. You have to approach it a bit at a time and know that it will get easier.

A friend learned to play guitar as a teenager. Then she got a job, raised some children, and didn’t play. Recently she picked it back up and says the same thing about her practice sessions. They are tough, but she knows they will get easier.

Have you ever started over with something? How did it go for you? 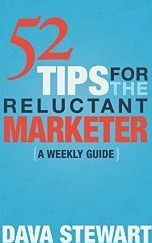